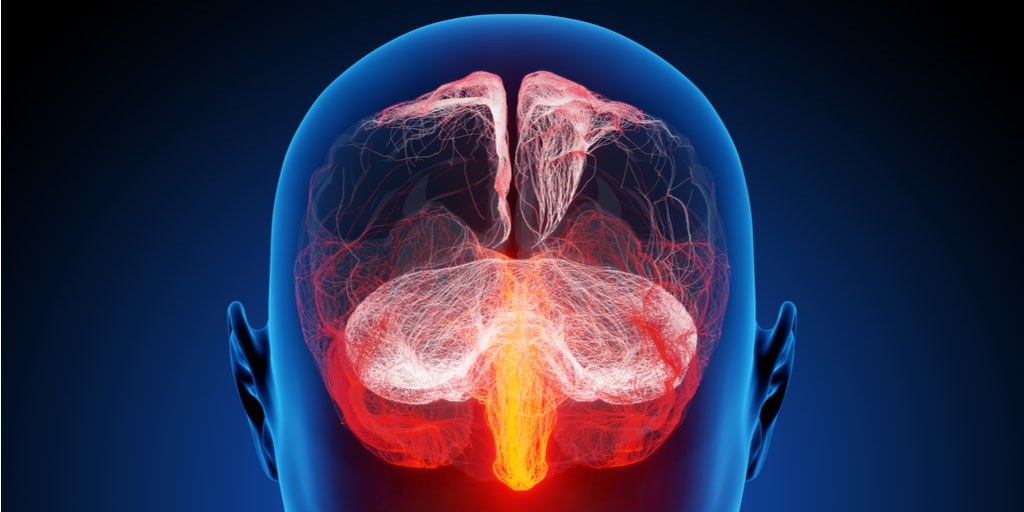 Brain inflammation can lead to all sorts of ailments, from memory decline to emotional impairment.

As people age, neurological inflammation in the brain increases which may lead to cognitive and emotional impairment. This means that inflammation may be contributing to memory decline and dementia.

Changes in cognitive function become more common in older adulthood, and emerging evidence has implicated heightened brain inflammation as an important factor that may contribute to and exacerbate cognitive decline among older adults. Baseline levels of inflammatory biomarkers tend to increase with age, and higher levels of inflammation have been shown to negatively affect cognitive processes, including memory, speed of processing, and global cognitive function.

A 2017 study found that it is particularly inflammation in the white matter of the brain that seems to contribute to neurodegenerative diseases like Alzheimer’s.

Cognitive decline is not the only result of brain inflammation in seniors. It seems that other emotional impairments can also result such as anxiety and depression.

A 2017 study showed that brain inflammation was strongly linked to emotional disorders like depression and anxiety:

Participants with signs of active inflammation observed on their MRI scans (78 people) had significantly higher levels of anxiety and depression, whether or not they were experiencing an actual relapse. After three months, inflammation had resolved in 74 people, and this reduction of disease activity was linked to a significant reduction in anxiety and depression. Of 29 participants who were experiencing an MS relapse at the start of the study, 20 underwent anti-inflammatory steroid treatment and depression and anxiety decreased for them as well. Participants who experienced a relapse within six months had higher levels of anxiety at the start of the study.

Not long ago, people used to think that the mind and body were separate entities. Now we know that they are linked bi-directionally, meaning that inflammation from your immune system will also affect your brain. If, for example, you suffer from arthritis, it is possible that your brain will also be inflamed and not just your joints. Brain or neurological inflammation can then contribute not only to cognitive impairment, but it may also fundamentally affect how we process emotions.

It is therefore important to not only be on the right medications, but also have a diet and lifestyle that contributes to the reduction of inflammation in the body.

Leave A Comment Cancel replyYour email address will not be published. Required fields are marked *
eight + 8 =