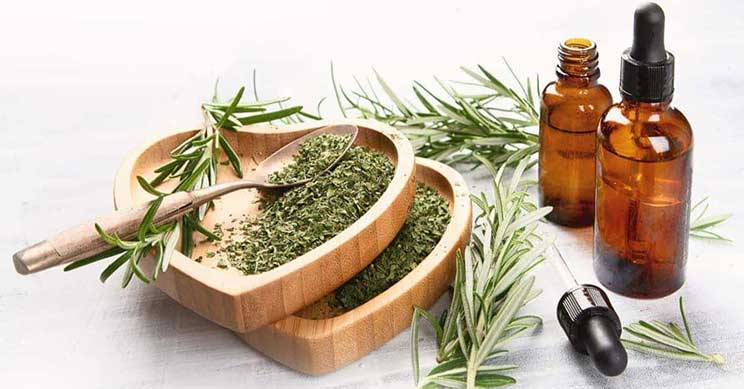 Rosemary is perhaps one of the best aging-related herbs out there, it can help with diseases such as cancer and Alzheimer’s.

Rosemary is part of the mint family. It is used in a wide variety of foods including many pastas and meats. Rosemary contains many health benefits and it can be consumed as an herb or as an extract.

However, it seems that many of its benefits are especially good for aging and seniors. In this article, we’re going to look at its benefits when it comes to cancer, Alzheimer’s and enhancing memory and concentration.

In a 2007 study, the following conclusion was made about rosemary:

Constituents in rosemary have shown a variety of pharmacological activities for cancer chemoprevention and therapy in in vitro and in vivo models. In order to further explore the chemopreventive properties of crude extracts of rosemary (Rosmarinus officinalis L), we studied its anti-proliferative property on several human cancer cell lines and its antioxidant and anti-inflammatory properties in vitro in a mouse RAW 264.7 macrophage/monocyte cell line. Our study shows that crude ethanolic rosemary extract (RO) has differential anti-proliferative effects on human leukemia and breast carcinoma cells.

In other words, rosemary extract helped with fighting leukemia and breast cancer, the two types of cancers that are prevalent among seniors.

In another 2007 study, more benefits of rosemary were found:

At 0.5 to 5.0 microg/ml, SFE-80 exhibited dose-dependent viability suppression and significant tumor necrosis factor alpha (TNF-alpha) production in Hep 3B, whereas no effect was found in Chang liver cells. Furthermore, no effect was observed in RAW 264.7 at dosages of 3.13 to 25 microg/ml, indicating that SFE-80 exhibited a noncytotoxic character. Conclusively, rosemary can be considered an herbal anti-inflammatory and anti-tumor agent.

Not only was rosemary found to be an anti-inflammatory agent (which is at the root of many cancers and autoimmune diseases that affect seniors) but it also may have the capability of reducing tumors in the body.

Alzheimer’s is a universal problem across all civilizations. A 2015 study found that rosemary may be effective against Alzheimer’s and other forms of dementia.

Not only can rosemary help with Alzheimer’s, but other studies show that it may help with increasing memory and concentration.

Note that taking too much rosemary may be toxic and can lead to unhealthy outcomes like putting you in a coma. It is therefore important to discuss with your doctor first and see what dosage is safe for you.

Leave A Comment Cancel replyYour email address will not be published. Required fields are marked *
thirteen + 19 =