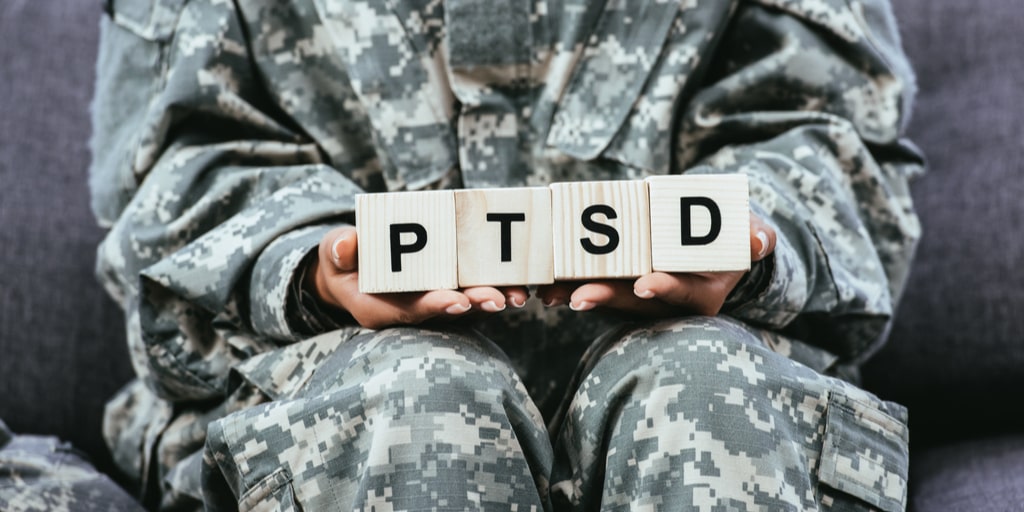 Post-traumatic disorders, even in childhood, may be linked to development of Alzheimer’s in old age.

A lot of recent research has been establishing the suggestion that early life post-traumatic stress disorders can later develop into Alzheimer’s.

A relatively recent study has suggested that early post-traumatic stress disorders, even as early as childhood, may increase the risk of cognitive impairment and later lead to Alzheimer’s in old age.

Other studies have shown that US war veterans are two times more likely to develop Alzheimer’s as seniors.

The effects of war linger on even after forty years:

Posttraumatic stress disorder (PTSD) is a common psychiatric syndrome associated with high rates of morbidity and mortality and is one of the most common sequelae in veterans returning from combat. Among veterans returning from Iraq and Afghanistan, the prevalence of PTSD has been estimated as 17%.1 In addition, PTSD can be a chronic condition. Vietnam veterans have been found to have a 20% to 30% lifetime prevalence of combat-related PTSD, and 10% to 15% had the disorder 15 years or longer after returning from Vietnam.2,3 A study of older World War II and Korean veterans found that the PTSD prevalence remained as high as 12% even 45 years after combat

In a study of mice, it was shown that PTSD altered the genetic expression of mice which may have triggered the onset of Alzheimer’s.

In mice that had been exposed to amyloid pathology, the researchers found a gradual but dramatic increase in the buildup of deregulated genes toward old age. This suggests, therefore, that PTSD may lead to Alzheimer's disease through aberrant gene expression.

On the bright side, these findings do suggest that proper forms of therapy even in old age may reduce or delay the onset of Alzheimer’s and other forms of cognitive impairment.

Leave A Comment Cancel replyYour email address will not be published. Required fields are marked *
eight − 7 =