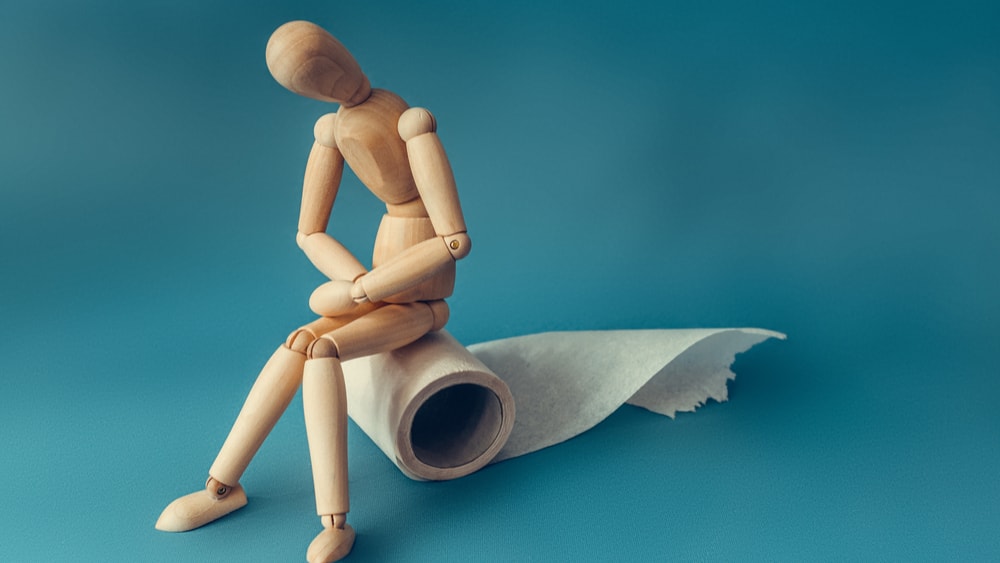 The quality of your poop can be a sign of a lurking autoimmune disease.

Rheumatoid Arthritis can involve vasculitis which may ulcerate and perforate the small bowel, sometimes leading to the death of issue inside called necrosis. Stools in this case can come out misshaped and bloody.

A study published in the Journal of Nutrition in 2011, found that most people with RA experienced GI disorders such as constipation (66%) or diarrhea (11%), possibly indicating an imbalance of intestinal bacteria.

And according to a 2012 study published in the Journal of Rheumatology, the risk of developing an upper or a lower GI event was 70% higher in those with RA than in those without RA – and when those events occurred, they were more likely to be serious and require hospitalization in people with RA.

If your poop turns out to be black or bloody, it can sometimes be indicative of ulcerative colitis, which is an autoimmune inflammation of the colon (large intestine). The bloody stools and diarrhea are caused by ulcers that are produced by colonic inflammation.

Difficulties in going to the bathroom are often caused by constipation. However, people with autoimmune diseases that affect their nerves such as CIDP neuropathy can also experience difficulties in the bathroom as the nerves that control colonic contractions are also affected.

Sometimes it is not the autoimmune disease that causes gastro-intestinal problems, but the medications that are associated with them. In the case of rheumatoid arthritis, Arthritis.org says

Higher levels of inflammation and impaired immunity due to the disease likely play a significant role. Additionally, medications used to treat rheumatoid arthritis – including nonsteroidal anti-inflammatory drugs (NSAIDs), corticosteroids and most disease-modifying antirheumatic drugs (DMARDs) – list GI problems as a common side effect. Another factor is fibromyalgia. About 20–30% of people with RA develop fibromyalgia. Among fibro’s many symptoms are abdominal pain, bloating, and alternating constipation and diarrhea (sometimes called irritable bowel syndrome or spastic colon).

If you see irregularities in your poop for extended periods of time, make sure to contact your doctor for further investigation for potential health complications.

Leave A Comment Cancel replyYour email address will not be published. Required fields are marked *
16 − one =