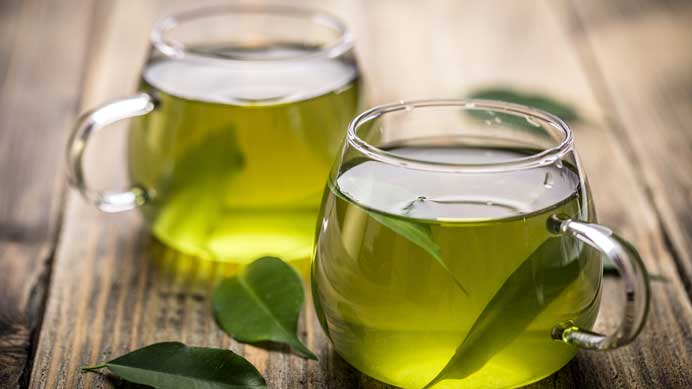 More and more neurologists are talking about the potential benefits of green tea for Alzheimer’s and cognition in the elderly.

It is thought that beta-amyloid plagues are the cause of Alzheimer’s. The disease is not to be joked as over 200 000 people under the age of 65 have an early on-set of the disease.

There are ways to slow down the progress of Alzheimer’s. One popular suggestion is the learning of new languages may help create new neural pathways in the brain and thereby delay the progress of the disease.

Studies have also shown that green tea could also help delay or even possibly prevent the on-set of Alzheimer’s disease. EGCG (epigallocatechin-3-gallate) which is a flavonoid available in green tea may help prevent or slow down the formation of these plaques in the brain.

So how does this work? According to neurologist Henry L. Paulson,

studies show that ECGC can bind beta-amyloid monomers (a protein by itself) and dimers (two proteins bound together), particularly when calcium or zinc is present. When ECGC and beta-amyloid bind together, beta-amyloid is less likely to form into the large, ordered fibrils that eventually comprise the brain plaques found in Alzheimer’s disease. Beta-amyloid can take on many shapes, but ECGC seems to force the beta-amyloid into a single shape. More importantly, ECGC was able to reduce the toxicity of beta-amyloid in cells, suggesting that this single shape, or structure, may be less toxic than other forms of beta-amyloid.

Note only have some studies shown the positive effects of green tea for plaques, but others show the benefits of green tea for the overall strengthening of memory and cognitive function. Alzheimers.net summarizes the conclusion of the studies as follows:

A new study published in Psychopharmacology in March 2014 found that green tea can actually help improve cognitive function and may be useful in treating patients who have Alzheimer’s or dementia. In the study, half of the participants were given a drink that  had green tea extract and the other half were given the same drink with no extract.

Again, using MRI technology, researchers observed that the participants who drank the green tea extract showed increased brain activity in the areas of the brain that are responsible for memory function.

Surprisingly enough, the consumption of green tea whether in liquid or extract format has not shown any serious adverse effects which spells very good news for green tea lovers.

Remember that these studies should not be taken as proof but as wider contributions to our understanding of the potential benefits of green tea.

Leave A Comment Cancel replyYour email address will not be published. Required fields are marked *
one × one =